CDT at the Festival of Science and Curiosity 2019 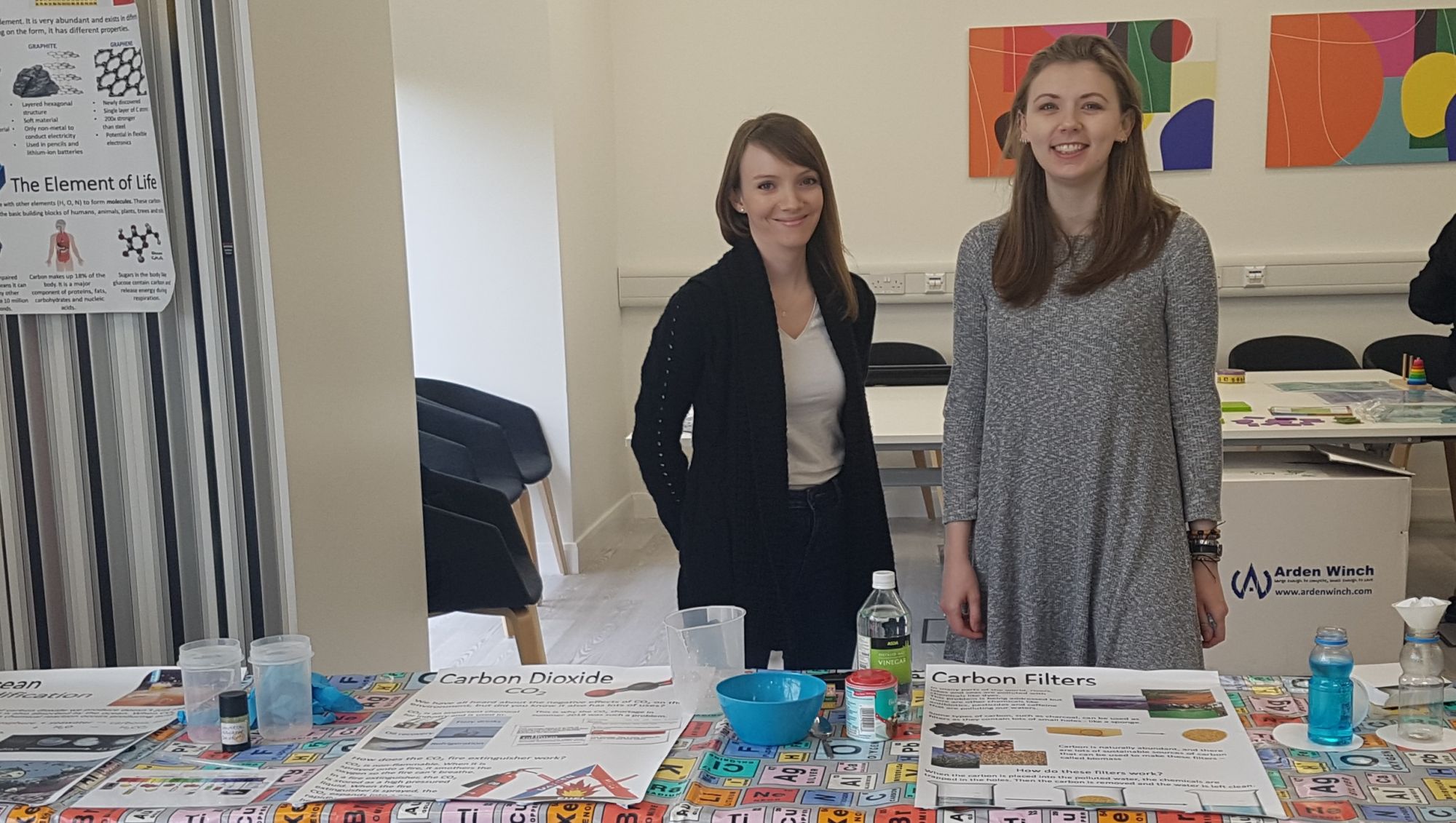 Nottingham’s festival of science and curiosity is a week-long festival bringing science, technology, engineering and maths into the everyday lives of the public. Over the course of the week the festival brings creative STEM activities to the people of Nottingham through a range of interactive, fun, free events.

A group of CDT students volunteered to take part in the festival and prepared a stand. The theme of the stand was the chemistry of carbon. Carbon, in particular carbon dioxide often gets a lot of bad press due to its negative impact on the environment. The students designed a set of simple, eye catching experiments that explain some of the negative effects carbon dioxide can have on aquatic life. As well as experiments to show some of the potential uses of carbon and carbon dioxide, through the invisible fire extinguisher experiment and the demonstration of water filtration using activated carbon.

The stand was presented at two different events, at central library on the 16th February and at Strelley library on the 20th February. Both events were a resounding success with a great turnout, Wednesday’s event marked the library’s busiest day since its opening in November and drew in around 200 people from the local community.

Our main audience was primary school children who engaged well with the stand and were excited by the experiments they saw. With the help of their parents and our posters we were able to explain some of the fundamental science behind them and get them excited and thinking about sustainable chemistry!

COP26: How our pioneering researchers are tackling the greatest challenge of our time.

A series of short video's, PhD researchers from the EPSRC Centre for Doctoral Training in Sustainable Chemistry

COP26: How our pioneering researchers are tackling the greatest challenge of our time.

A series of short video's, PhD researchers from the EPSRC Centre for Doctoral Training in Sustainable Chemistry